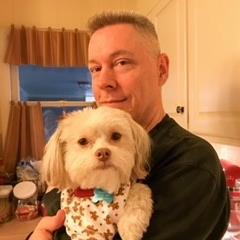 Chris Byars is a 1983 graduate of the University of Montevallo and a 1996 graduate of the University of Louisville.  He has been teaching and performing in the Birmingham area for over 30 years. Mr. Byars began his career in music by taking up the snare drum in the sixth grade band. As a senior in high school he was chosen to be part of the McDonald’s All-American High School Band. After college Mr. Byars began teaching and playing music as his career. He has played percussion with The Alabama Symphony and taught at various schools such as The Altamont School and Oak Mountain High School until finding his home in the Trussville City School system. He is presently in his 15th year as a music teacher in the Trussville City School system and his 3rd year at Magnolia Elementary School. He is married to Heather Byars who is a piano teacher. Their daughter Anabel is also a musician who plays piano and percussion.

Trussville City Schools is committed to providing a website that is accessible to the widest possible audience and in compliance with Section 508 guidelines. If you have accessibility concerns or any issues viewing our content, please call (205) 228-3006 or email at requesthelp@trussvillecityschools.com.
Copyright © 2002-2021 Blackboard, Inc. All rights reserved.